Why Adoption Still Carries So Much Stigma 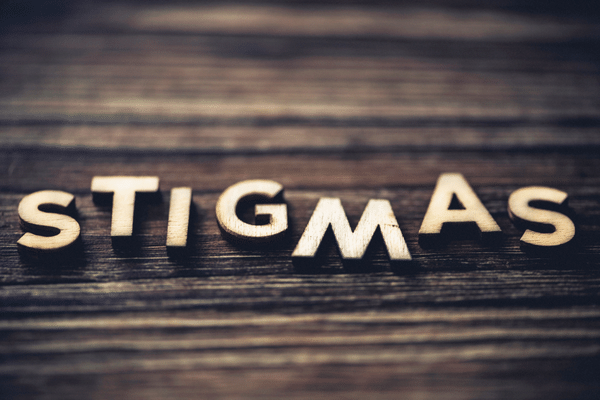 Why Adoption Still Carries So Much Stigma

The practice of adoption has become more and more common over the years, with smaller or underrepresented groups like single women and LGBTQ+ couples choosing adoption as a way to start families. However, in spite of its growing popularity, adoption still has heavy stigmas surrounding it. And make adoption agencies in places like NYC seem worse than they actually are. So, let’s talk about why adoption still carries so much stigma and whether or not they’re still true in how adoption is done today.

Women who are thinking about putting their baby up for adoption do so for all sorts of reasons. Maybe they’re not financially well enough to take care of a child in their current living situation. Or, they’re just not mentally ready enough to raise a child in their home; unplanned pregnancies can be quite a shock.

Whatever the reason is, it usually doesn’t mean that the mother doesn’t want to take care of their child. In fact, many mothers seeking adoption agencies in places like Albany do so because they care for their child immensely. Adoption means they’re trying to find a good home for their baby. And centers like our adoption agencies in New York are here to help mothers find those good homes and fulfill their wishes.

As time has gone on, the idea of a ‘normal’ family has gotten muddier and muddier. Divorcing, remarrying, and stepparents have curbed the idea of a traditional home. Adoption is seemingly only making that worse since now there are families who all have no biological connection to one another. And while that might be the case, the result doesn’t look any different from what a traditional household may look like.

Adoption has helped both children and prospective parents find homes with one another. Adoption Choices of New York makes sure that only the most qualified of people can become adoptive parents. So that when the child is adopted out, they’ll find themselves in a loving home and grow up happy, just like any other child in a traditional household.

Since then, open adoption, the kind where birth parents and their child know each other, has grown in popularity. And as such, the problem that came from closed adoption has mostly been resolved. Now, adopted children can talk with their birth parents and get the answers to their questions.

4) Adoption is an Easy Process

When a woman decides to ‘adopt out my baby,’ the process is typically a lot longer than just dropping the baby off at an adoption agency near them. A great deal of stress and circumstance usually come with choosing adoption. And in those situations, Adoption Choices of New York approaches the birth mother with an adoption plan to make the journey go smoothly.

The adoption process also usually goes on throughout the woman’s entire or remaining pregnancy. Where things like the type of adoption, what kind of needs the mother has, and who the adoptive family is will be decided. As such, adoption is usually a lot more meticulous than the stigma might suggest. And usually isn’t something as easy as returning an item at a department store.

Not only that, many birth mothers experience a form of grief after birth. And during the early parts of adoption, they may struggle with going through with the choice of adoption as it means that they’ll no longer have the chance to raise the child once they’re born.

6) Not Everyone Can Adopt

In reality, anyone has the potential to adopt a child. Adoption Choices of New York will carefully screen all prospective adoptive parents no matter who they are. It doesn’t matter if you’re a single parent wanting to raise a child or an LGBTQ+ pair who wants to start a family. So long as they have the capacity to support the child, anyone can be an adoptive parent.  So, if you’re looking to adopt or are currently seeking adoption, Adoption Choices of New York is available to assist with your adoption plan. Call us, text us, or email us; we are here for you!