When I think of the word “mother,” I picture someone who is strong and able to care for not only herself but also for others. Married or not, a mother is able to help provide a safe, happy and healthy world for her child(ren). The happiness of her children always comes before her own. That mother figure for me has always been my adoptive mother — whom I call mom.

Wanting to share a similar moment with my adoptive mom, Diane, I conducted the following interview with her. The content is shared with her permission, including the use of her name and photo.

RS: What does it mean to be a mother of an adoptive child?

DS: Being a mother of an adoptive child in some ways is [just like] being a mother to a biological child. You are responsible for their day-to-day care, making sure they both have safe shelter, food to eat, clothes to put on their backs, education, and opportunities to discover who they were and who they want to be in the world. That said, if I had two or more biological children, they would be different. Each one would have his or her unique needs and desires, [similar to] having one biological and one adoptive child. For example, my son loved theater, my daughter loved art. He had an opportunity to become a member of a theater group, and she went to art school and had private art lessons.

The thing about an adoptive child is that there is an added layer. Sometimes that child may eventually want to find out more about who he or she is, as opposed to a biological child, who may already have access to those roots. But not always. The adoptive child has a lot more questions as to: why? and how does this happen? how did I wind up with you out of all people? why didn’t they want to keep me? And they, perhaps, may have low self-esteem that someone “gave them away.” People have holes in them, and, as a mother, you have to try to figure out where those holes are while doing your best.

In Photo: Adoptive Mother (Diane), and Me (Rachel) at my college graduation. The graduation cap I painted says, “Adoption means love.” (2018)

RS: I don’t recall, but was there a time you remember when I brought up my adoption for the first time? If so, how did that make you feel?

DS: To tell you the truth, I don’t remember the first time that you wanted to talk about your adoption. We always spoke about it. It was never the topic of conversation. I remember one time we were watching a commercial where, if you spend twenty dollars a month, you could sponsor a child in need from around the world. I remember you turned to me and said, “That would be if you hadn’t adopted me.”

DS: I completely lost it. I started to cry and said, “That would never have been you, because your birth mother loved you enough that you were with a lawyer and somebody who would do better with you. If it wasn’t me who rescued you from that, somebody else would have adopted you.” It is your birth mother that deserves all the credit in the world for that.

RS: Was there ever a time that Danny (my brother) ever came to you asking, ‘why did you adopt Rachel?’ What were his

feelings about my adoption?

DS: That’s a very complicated question because he came with me to Paraguay (where I, Rachel, was born). It was very important that he was part of the process from the very beginning. For example, I found a kitten and I brought it home so that I could teach him the concept of adoption. This kitten was not part of the family, but this kitten needed a home. I said to him, “We are going to adopt this kitten. It needs a home and no matter what, this kitten is going to stay with us.” I let him name the kitten. From that, he learned that taking something that was not part of the family, bringing it in and making the family bigger was ok. That began the conversation about having another child. He understood what adoption meant from the frame of mind of a four-year-old, and in fact, when pictures came in from Paraguay, he opened the package and said, “Oh look! This is my little sister, Rachel.” He recognized you right away and why we were going to Paraguay.

RS: Why did you adopt, and do you think it is a good decision to adopt as a single parent?

DS: I always knew I wanted to adopt. When I was a little girl, I saw this silly movie and read this book called, “The Family Nobody Wanted” By Helen Doss. Still a classic in family circles. It talked about cross-racial adoption and children with disabilities. I remember thinking I want to do that someday, and that I always wanted to build a combined family of biological and adoptive. There are so many children that need families if people could do that, and countries would allow them to do that, there would be so much peace in this world. If people just stopped looking at where people came from or what they looked like and/or what their background is and just say, “I have an extra space at my table, I can take someone in.”

RS: What thoughts do you have on Mother’s Day?

DS: I think, “how does my child feel about Mother’s Day?” I’m sure on Mother’s Day you may think about your biological mother and how she would celebrate it with you. I think about your biological mother often, too. Mother’s Day is just one of the days I do. What I always think of is that she gave me the greatest gift, and with that gift came the biggest responsibility. That is, she allowed me to adopt her child with the belief that her child would be better off with me than she would be with her. That is a responsibility I take very seriously, because I feel that I owe that to her. I have to make sure that I’ve done my best to keep my promise to this woman I’ve never met, and to be the best possible mother to that child because that’s what compelled her to do it. 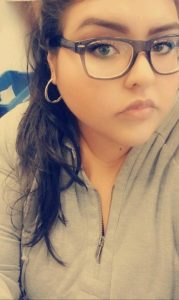 Rachel Strom graduated from Lehman College in the Bronx in May of 2018, where she received her bachelors in Professional Writing. After receiving her education at Lehman College, Rachel is currently interning at Adoption Choices Inc., where she is a weekly blogger.

Rachel was adopted from Asuncion, Paraguay in 1991. Her adoption experience has helped her write articles for Adoption Choices Inc., from the perspective of an adoptive individual. She hopes her articles will help someone looking into adoption or encourage those currently in the process.

When Rachel is not writing for Adoption Choices Inc. or her own novels she enjoys her other passion for baking, where she resides, in the New York City area. When she is baking, music is always playing throughout the kitchen while she is whipping up a delectable dessert for her friends and adoptive family.

We are not shutting down during this difficult time! We are fully devoted and available to all pregnant women and birth parents that are looking at adoption as an option. We will also continue to work with prospective adoptive parents who are already a part of our program. If you are a prospective adoptive parent hoping to apply to our program, please check back in with us in a few weeks. We will resume normal operations and begin accepting applications as soon as possible.