They say a picture is worth a thousand words. Although true, it fails to encapsulate the tremendous power that words hold. They paint scenes, describe the state of mind and elicit emotions. Knowing what to say and when to say it is a great responsibility and blessing.

When it comes to the adoption process, saying one wrong thing can unravel a whirlwind of emotions and anxiety for parents or the child. It not only harms the child, but also their parents and their birth parents. You never know what the circumstances of someone’s life are. Their dream is to form a family, just like any other family around the world. When someone uses improper language around any of the parties mentioned, it hurts their feelings and hinders the progress they have made so far on their journey. Being aware of what positive adoption language is will keep you open-minded and well-rounded.

The purpose of positive adoption language is to create a labeling system that eliminates any harmful intent and to promote a better understanding of adoption overall. Using the correct vocabulary will pay respect to the birth parents, adoptive parents, and even the child. It validates the existence of these families and allows them to feel welcomed and heard.

For describing family relationships, use terms such as: “birth mother,” “birth father,” and “birth parents.” This clear indication makes it so that we acknowledge the ones who gave birth to us, even if we don’t remain in their care. Saying these terms around the child will also help them differentiate the roles each parent has in their life.

When talking to your child about their adoption, always reassure them that they belong in your family and that they are loved. The biggest dilemma they are facing at the moment could be a lack of attachment to their new family. If you are experiencing this with your child. Avoid talking to them about why their birth parents chose to place them for adoption, it will only confuse them further.

When in Doubt, Avoid These Phrases

The word “adopted” is heavily loaded. It means the child won’t have to fear uncertainties in the future and that they will have parents who will cherish them for the rest of their lives. At the same time, it is a constant reminder to your child that they are different. Somehow, because they were “adopted,” their worth is lessened from a biological child. Using reaffirming vocabulary will reassure them of their place in their new home. In an interview with InStyle in 2018, Sandra Bullock said, “Let’s all just refer to these kids as ‘our kids.’”

To say that someone is or isn’t the real parents of a child is to degrade the role of their adoptive parents. The function of parents is to be a source of love and provide protection for the child. When the phrase “real parents” is being tossed around, it suggests that the adoptive parents somehow aren’t real or relevant in the child’s life. It can also imply that the love they give the child isn’t as legitimate as the love they would receive from their birth parents.

“Bless you for doing this”

Imagine someone saying this phrase when you drive on the right side of the road, eat a salad, or even give birth. It’s off-putting and even though they have the best intentions, you can’t help but feel alienated. When said to prospective parents, it paints the child as a burden and the parents as saints solely based on the fact that they chose to adopt. It disregards the amount of love the parent has for the child and the strong bond they’ve worked hard to build. When talking to an adoptee, refrain from telling them that they are lucky to have their new parents.

“Give up/put up for adoption”

Unfortunately, adoption has become a taboo act. Society has associated women who choose to place their child for adoption as irresponsible teenage girls or loveless mothers. The connotation suggests careless action with no regard for the consequences. This phrase also harms the children, indicating that they were given up because they were unwanted. Knowing this will psychologically harm them and can delay developments like speech and thought. The decision for adoption takes courage and great responsibility. Instead of using the phrase “give up” or “put up” for adoption, instead use “place” for adoption.

Hear it From Them

Nicole Jung was adopted into a white family and, for her, it was hard to settle into a different culture. Throughout childhood, she was bombarded with sly, seemingly double-edged, comments like “you’re our Asian Princess!” and “of course we don’t think of you as Asian.” And like many adoptees, she had an identity crisis.

This issue stems from a lack of open communication with her parents about who she is. They had wanted to remain “colorblind” for the sake of family, but it had only made Jung feel estranged. Another problem was that the people surrounding her didn’t know the protocol for talking to an adopted child. They assumed regular talk would be acceptable and the child was obligated to comply with any comments. They didn’t understand that one wrong word choice could shatter the emotional stability the adoptee had built for herself.

Jung explained that she went to therapy for the anxiety she felt from being separated from her birth mother. Even into adulthood, she had never been able to completely heal. Her story is not unlike that of other adoptees. They will always have to face unintentionally upsetting comments. When such negativity gets to be too much, adoptees can’t help but put on a false persona in order to feel more accepted in society.

No Need for Negativity

The world requires more positive adoption language. People need to feel accepted for their actions and for who they are. Their feelings are just as valid as anyone else’s. All they want is to belong in this world and it is well within their rights. It’s not an impossible task to complete and choosing the right words can be a start. 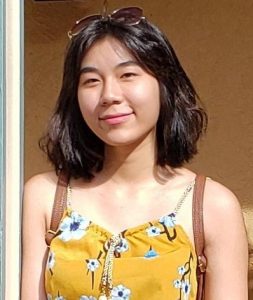