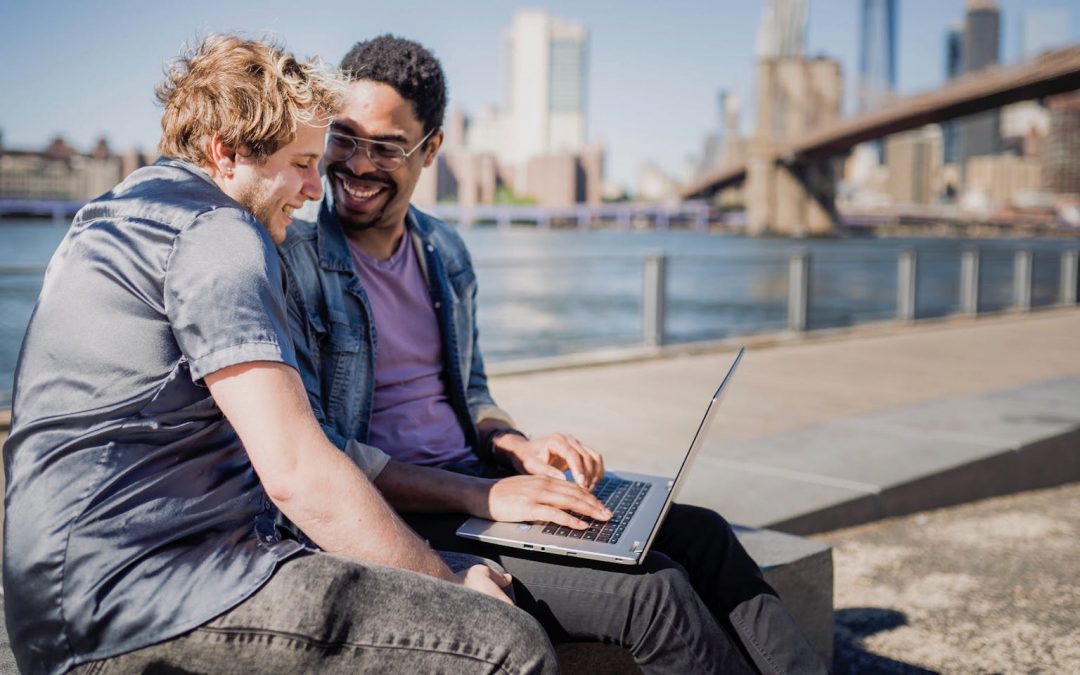 Adoption is a big step. Especially in an open adoption, you’re creating a whole new family — not only for the adoptee and adoptive parents, but for yourself as well. That family is probably going to have different dynamics than you might’ve thought your family would have, but that’s okay! Things don’t have to look like the perfect, nuclear family picture we’ve been shown for decades to be good. Life is complicated, and families are too.

This journey you’re on to place your baby with loving adoptive parents is going to cause you to re-evaluate what the word “family” means. And if there’s any group of people who is familiar with that questioning, it’s the LGBT+ community. (More on this later!)

If you haven’t had much experience with the LGBT+ community, you may feel intimidated or nervous when you see that among the adoptive parents you can choose from, there are probably many gay and other LGBT+ couples and individuals looking to adopt. Anything new is going to be a little uncomfortable at first. But the benefits of learning and sharing experiences and growing your comfort zone are innumerable.

To help make the new less scary for you, and ease your discomfort a little, here is a little about what an open adoption looks like with gay adoptive parents.

You’ve probably heard the phrase, “It takes a village to raise a child.” If this is an idea that resonates with you as you’re choosing adoptive parents to place your child with, it may set you at ease to know there is a strong community focus in the LGBT+ community. This stems from the way many LGBT+ people are treated and have been treated historically.

One of the unfortunate aspects of life in America right now is that there are still some people who don’t accept when a family member comes out as gay, lesbian or another LGBT+ identity. Children who have been adopted by gay parents may face bullying just because of that fact. Stuff like “conversion therapy” is still legal in over half of the United States. The further back you go historically, the worse the discrimination and lack of acceptance gets. As such, a lot of LGBT+ people have grown up needing to challenge the societal beliefs that the family you’re born into will love you no matter what, and you should love them back no matter what. Instead, they’ve found more accepting families and support in their communities and friend groups. And, having gone through a lot of these things themselves, will be able to help and pass along these coping mechanisms to their own children facing any of these struggles.

These communities are a blessing to LGBT+ folks and have just as much love and support (if not more) as any other family. They know more than any that families aren’t necessarily born, they’re made — made by the people you choose to surround yourself with, the people you pour love into and who pour love into you.

Just as you are choosing, making a family through adoption, they’ve made their own families in similar ways. This community focus around what makes a family will likely transfer to how a gay individual or couple would raise a child, with the support of their friends and family — found or otherwise.

Not only is the way LGBT+ folks might approach love in an adoption a little different than the blood-related family centric image we’re used to, there is also a difference in the way many LGBT+ people show support, which is similarly rooted in LGBT+ history.

The phrase, “Yas Queen!” originally came from Ball Culture (underground drag culture in the 80s) and queer POC as a way for audience members at Balls to show support for those performing in drag. At the time, “queen” was primarily used as a derogatory term, but Ball Culture was reclaiming it.

This kind of fierce support of the true outward expression of who someone is can be seen widely across the LGBT+ community. When you place your child with gay adoptive parents, this is the kind of support they would raise their child(ren) with. LGBT+ people have needed to give each other strength to be proud of who they are despite negative messages, discrimination or general derision from society. So when their child faces challenges, they will be there with a hearty, be who you are, unapologetically yourself, and we will fiercely cheer you on as you figure out who that is, even if others won’t!

Those are just two big ways love and support from gay adoptive parents might look a little different from what you might have expected your family to look like. But everyone is different. Just as there are differences among straight couples, each gay individual and couple will have their own quirks, love languages, background, things they value, etc.

Here are some tips for best practices for successful open adoption which may help you figure out what sorts of questions you might want to ask prospective adoptive parents of all types as you get to know them.

So what does open adoption look like with gay adoptive parents? Really, what does any open adoption look like? There’s no right or wrong answer. Every adoption is going to feel a little different, just because every family is a little different. Every family is unique. When you’re looking for adoptive parents, take time to really get to know them. Find who you think will give your child the home most full of love and support, and talk with them about what you want the adoption to look like.

When she isn’t absorbed in the latest series to capture her attention, Darby enjoys working on cosplays and going to cons with friends. Her perfect night consists of staying in playing games (of the video, board or card varieties), making some delicious homemade pizza, and settling in on the couch for a movie with her husband, Adam, and cat, Sylvie.