Choosing a Single Father to Adopt Your Baby in New York

Choosing a Single Father to Adopt Your Baby in New York

When it comes to single-parent adoption in New York, we often talk about single mothers. Their determination, their love for children, and their deep desire to parent. But all of these things can be true of single men who want to become parents. Everything else they want could fall into place for them: the right time, the right job, a good home in which to raise a child. Many single men may have everything you’d normally consider for readiness to parent, except for a co-parent. But that doesn’t stop a single man from becoming a great single father, just like it wouldn’t for a single mother. At Adoption Choices of New York, all different kinds of people come to us looking to adopt a child. Choosing a single father to adopt your baby in New York could be one of many great options for your child. If you think a single father might be the best choice for your child, but you’re having doubts, don’t worry. A person’s relationship status doesn’t change who they are or how they parent. Single fathers can raise amazing children, just like anyone else.

Will You Choose a Single Father to Adopt Your Child in New York?

Single fathers can rise to be amazing adoptive parents. The decision to adopt while single is a great sign as it is. It shows a willingness and determination to parent and a drive to do a great job of it. Single fathers in New York who choose to adopt will rise to the challenge of parenting, putting their best efforts in while they make sure they have all the help they need in parenting. 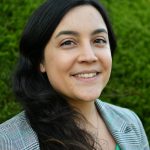 Meet the Author: Tara Giuffre has always loved reading and writing and grew up in the worlds of Narnia, Harry Potter and A Series of Unfortunate Events. Taking this passion for stories, she received a degree from Rutgers University in Journalism & Media. Besides writing, she likes long walks on the beach, spending time with her family (and her cat, Sansa), and baking the perfect loaf of bread.