Having a strong father figure in your life is just as important as having a strong mother figure. There are lessons that are taught by both birth mothers and birth fathers share, tell, and pass along that they’ve been given. Birth fathers especially have a special role to play in their children’s life. They can be the unsung heroes during the adoption process and one of the biggest pillars of support for birth mothers as they go through the adoption process. Too often do we hear stories of negligent birth fathers or them being painted as dead-beat parents, when in actuality, there are many who have gone above and beyond. Adoption Choices of New York knows that birth fathers are among the most valued members of the New York adoption community and should be celebrated for all they do. We are going to share some of the birth father’s roles and responsibilities they do alongside birth mothers that make them so great!

A Birth Father’s Role in the Adoption Process

It takes two for a child to be conceived, and it takes a village to raise them. In the village, both birth parents are at the forefront of their child’s future. Adoption is still taking hold of your child’s future and wishing better for them. It puts their needs before your own desires. Birth fathers share that same sentiment for their child too.

We all look to our father figures as strong sources of discipline, a display of good character, and important moments that shape our moral standards. Even with that being said, we honor single parents who are able to balance the roles of being both mother and father to their child while single parenting.

Birth fathers in adoption are meant to share and take on some of the burdens of creating an adoption plan for their child. No matter the relationship status with the birth mother, it is important to take a leading role in the shaping of your baby’s future. Putting aside any bad feelings or negative history is crucial to making the right decisions.

A child’s father has just as much right to voice their opinions and concerns as their mother. Present birth fathers who show their unconditional support all throughout the adoption process make for a smoother transition when signing over parental rights. Both parents are witnessing and attending the adoption process to show that they care and love their baby.

Every so often do we see birth fathers breaking that mold, shattering stereotypes, and stepping out from a passive role during the adoption process. It is not a shameful thing to do but a selfless act.

Birth Father’s Roles and Responsibilities During the Adoption Process

Birth fathers in adoption can be one of the biggest decision-makers in the New York adoption plan process. If the birth mother finds herself in an overwhelming position and feels engulfed by the decisions laid before her, birth fathers can step in and handle a lot of the burden. Setting up the adoption plan can be hard, but sharing it with the parents of your baby lightens the load greatly.

You, too, have a say in your baby’s future. Birth fathers who step up and give personal insight to your baby’s mother show you want to contribute, it shows you wish to add your own wisdom into the mix. The saying “two heads are better than one” could not be truer!

You both want the best for your child, and it’s only fair that you both come to the agreements together. Working together and finding compromises when differences emerge is key to staying focused on the most important matter at hand; your baby. Adoption in New York is meant to give children the opportunity for better lives, a chance at opportunities they could not find with their birth parents.

The path is not always easy and surely not one that can be promised without conflict. But even so, it is one that comes with a reward like no other. Do not be afraid to take the stand, take the reins, or step in. Cooperation is imperative in reaching a decision, and in most cases, it is crucial to reaching the right decision.

Adoption Choices of New York seeks to work with both birth mothers and birth fathers alike who are in need of an agency that knows the seriousness and urgency of finding a child a home. Birth fathers are not to be excluded or shunned out from the process but are always welcome participants in creating the perfect adoption plan. 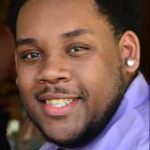 Meet the Author: My name is Alexander Charles Cooper, I come from a family of four that originates from Philadelphia, Pennsylvania. I, along with my younger brother Greyson were born in North Carolina, three years after my parents had wed and moved to the state. My birthday is April 4th, 2000, which is where I draw my lucky number four being from. I share that birthday with Maya Angelou, which I take pride in, for she is a great poet and author herself, her passion for writing is something I share with her also.

Growing up, I had the privilege of having both of my parents in my life and a stable upbringing in which I was surrounded by family and friends constantly. Every need was provided and my parents worked to give me any want or desires that were within their means to gift and that I earned. Much of my family foundation is built on faith which has given me a discipline and practice that has allowed me to discover and build my spiritual self. My mother has been my biggest spiritual teacher and has taught me many things in regards to prayer and other lifelong wisdom that aides me every day. As I grew older and my understanding of the world expanded, I took an interest in politics and worldly news that allowed me to excel in American literature, philosophy/ethics, and higher learning.

From that, my passion in writing bloomed and I found what my true calling was; I wished to create and write for a living and knew it was what made me happiest. My only wish is for me to bring about positive change for others both near and far and leave a lasting legacy that contributes to the overall wellbeing and joy of others.